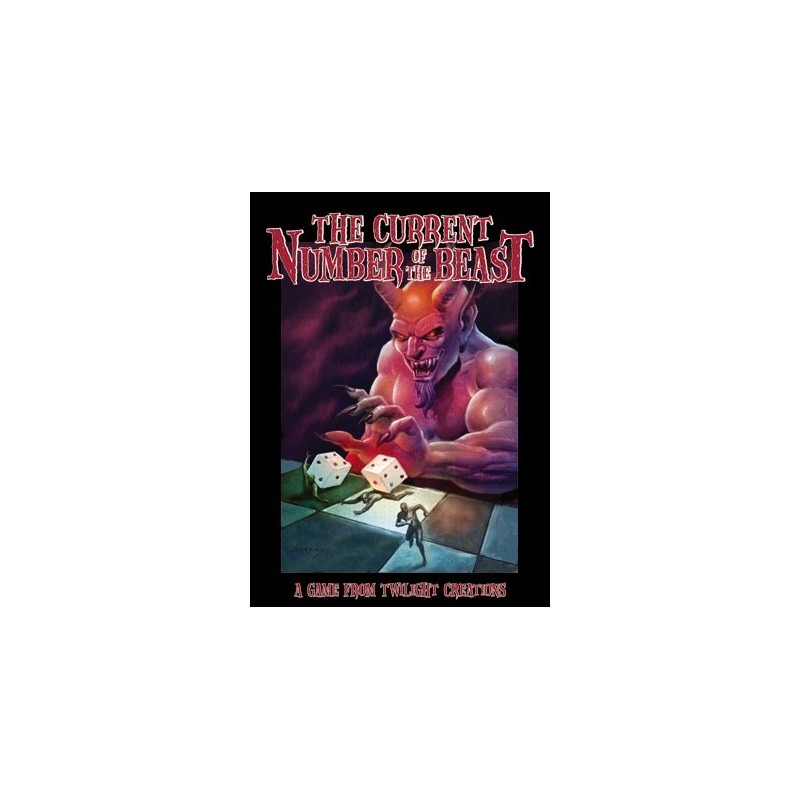 The current number of the beast

Here is wisdom. Let him that hath understanding count the (current) number of the beast: for it is the number of a man; and his (current) number is Six hundred threescore and six.ó Revelations 13:16 (Mostly...) Newly discovered ancient texts go on... Lire la suite
à partir de 13 ans 45 à 60min
16,58 €

Newly discovered ancient texts go on to add: "Of course, there is also, the Neighbor of the Beast. His number is Six hundred threescore and three." "Let us not forget the Child of the Beast. For she hath a number as well. Verily, she is Three hundred and thirty three..."ó The Book of Twilight Creations 6:66

The Current Number of the Beast is a fun, fast-paced dice manipulation game. Players must use a combination of cunning and skill to be the first to get their dice to match the number on the current "Beast" card in play.

The game, for two to six players, features innovative game play, engaging mechanics and stunning artwork. The game require 30 to 60 minutes to play and is for ages 13 and older.